Baldy woods reached for a drink and got it. When Baldy wanted something, he usually got it. He — but this is not Baldy's story. Now he took his third drink, which was larger than the first and the second. Baldy had been listening to the troubles of a friend. Now Baldy was going to tell his friend what to do. So the friend was buying him the drinks. This was the right thing for the friend to do. "I'd be king if I were you," said Baldy. He said it loudly and strongly. Webb Yeager moved his wide hat back on his head. He put his fingers in his yellow hair and moved it about. It now looked wilder than before. But this did not help him to think better. And therefore he also got another drink. "If a man marries a queen, it ought not make him nothing," said Webb. Here was his real problem. "Surely not," said Baldy. "You ought to be a king. But you're only the queen's husband. That's what happens to a man in Europe if he marries the king's daughter. His wife becomes a queen. But is he a king? No. His only duty is to appear with the queen in pictures. And be the father of the next king. That's not right. Yes, Webb, you are only the queen's husband. And if I were you, I'd turn everything upside down and I would be king."
Baldy finished his drink. "Baldy," said Webb, "you and I have been cowboys together for years. We've been riding the same roads since we were very young. I wouldn't talk about my family to anyone but you. You were working on the Nopalito Ranch when I married Santa McAllister. I was foreman then. But what am I now? Nothing." "When old McAllister was the cattle king of West Texas," continued Baldy, "you were important. You told people what to do. Your commands were as strong as his." "That was true," said Webb, "until he discovered that I wanted to marry Santa. Then he sent me as far away from the ranch house as he could. When the old man died, they started to call Santa the ‘cattle queen.' Now I tell the cattle what to do. That's all. She takes care of all the business. She takes care of all the money. I can't sell any cattle— not one animal. Santa is the queen, and I... I'm nothing." "I would be king if I were you," said Baldy Woods again. "When a man marries a queen he ought to be the same as she is. Plenty of people think it's strange, Webb. Your words mean nothing on the Nopalito Ranch. Mrs. Yeager is a fine little lady. But a man ought to be head of his own house."
Webb's brown face grew long with sadness. With that expression, and his wild yellow hair, and his blue eyes, he looked like a schoolboy who had lost his leadership to another, strong boy. Yet his tall body looked too strong for such a thing to happen to him. "I'm riding back to the ranch today," he said. It was easy to see that he did not want to go. "I have to start some cattle on the road to San Antonio tomorrow morning." "Well, I'll go with you as far as Dry Lake," said Baldy. The two friends got on their horses and left the little town where they had met that morning. At Dry Lake, they stopped to say goodbye. They had been riding for miles without talking. But in Texas, talk does not often continue steadily. Many things may happen between words. But when you begin to talk again, you are still talking about the same thing. So now Webb added something to the talk that began ten miles away. "You remember, Baldy, there was a time when Santa was different. You remember the days when old McAllister kept me away from the ranch house. You remember how she would send me a sign that she wanted to see me? Old McAllister said that he would kill me if I came near enough. You remember the sign she used to send, Baldy? The picture of a heart with a cross inside it?"
"Me?" cried Baldy. "Sure I remember. Every cowboy on the ranch knew that sign of the heart and the cross. We would see it on things sent out from the ranch. We would see it on anything. It would be on newspapers. On boxes of food. Once I saw it on the back of the shirt of a cook that McAllister sent from the ranch." "Santa's father made her promise that she wouldn't write to me or send me any word. That heart-and-cross sign was her plan. When she wanted to see me, she would put that mark on something that she knew I would see. And when I saw it, I traveled fast to the ranch that same night. I would meet her outside the house." "We all knew it," said Baldy. "But we never said anything. We wanted you to marry Santa. We knew why you had that fast horse. When we saw the heart and cross on something from the ranch, we always knew your horse was going to go fast that night." "The last time Santa sent me the sign," said Webb, "was when she was sick. When I saw it, I got on my horse and started. It was a forty-mile ride. She wasn't at our meeting-place. I went to the house. Old McAllister met me at the door. ‘Did you come here to get killed?' he said. ‘I won't kill you this time. I was going to send for you. Santa wants you. Go in that room and see her. Then come out here and see me.' 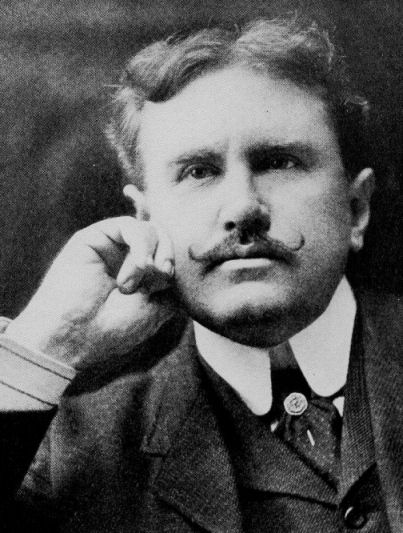 "Santa was lying in bed very sick. But she smiled, and put her hand in mine, and I sat down by the bed—mud and riding clothes and all. ‘I could hear you coming for hours, Webb,' she said. ‘I was sure you would come. You saw the sign?' ‘I saw it,' I said. It's our sign,' she said. ‘Hearts and crosses. To love and to suffer—that's what they mean.' "And old Doctor Musgrove was there. And Santa goes to sleep and Doctor Musgrove touches her face, and he says to me: ‘You were good for her. But go away now. The little lady will be all right in the morning.' Old McAllister was outside her room. ‘She's sleeping,' I said. ‘And now you can start killing me. You have plenty of time. I haven't any- thing to fight with.' Old McAllister laughs, and he says to me: ‘Killing the best foreman in West Texas is not good business. I don't know where I could get another good foreman. I don't want you in the family. But I can use you on the Nopalito if you stay away from the ranch house. You go up and sleep, and then we'll talk.' " The two men prepared to separate. They took each other's hand. "Goodbye, Baldy," said Webb. "I'm glad I saw you and had this talk." With a sudden rush, the two riders were on their way.
Then Baldy pulled his horse to a stop and shouted. Webb turned. "If I were you," came Baldy's loud voice, "I would be king!" At eight the following morning, Bud Turner got off his horse at the Nopalito ranch house. Bud was the cowboy who was taking the cattle to San Antonio. Mrs. Yeager was outside the house, putting water on some flowers. In many ways Santa was like her father, "King" McAllister. She was sure about everything. She was afraid of nothing. She was proud. But Santa looked like her mother. She had a strong body and a soft prettiness. Because she was a woman, her manners were womanly. Yet she liked to be queen, as her father had liked to be king. Webb stood near her, giving orders to two or three cowboys. "Good morning," said Bud. "Where do you want the cattle to go? To Barber's as usual?" The queen always answered such a question. All the business— buying, selling, and banking—had been held in her hands. Care of the cattle was given to her husband. When "King" McAllister was alive, Santa was his secretary and his helper. She had continued her work and her work had been successful. But before she could answer, the queen's husband spoke: "You drive those cattle to Zimmerman's and Nesbit's. I spoke to Zimmerman about it."
Bud turned, ready to go. "Wait!" called Santa quickly. She looked at her husband with surprise in her gray eyes. "What do you mean, Webb?" she asked. "I never deal with Zimmerman and Nesbit. Barber has bought all the cattle from this ranch for five years. I'm not going to change." She said to Bud Turner: "Take those cattle to Barber." Bud did not look at either of them. He stood there waiting. "I want those cattle to go to Zimmerman and Nesbit," said Webb. There was a cold light in his blue eyes. "It's time to start," said Santa to Bud. "Tell Barber we'll have more cattle ready in about a month." Bud allowed his eyes to turn and meet Webb's. "You take those cattle," said Webb, "to—" "Barber," said Santa quickly. "Let's say no more about it. What are you waiting for, Bud?" "Nothing," said Bud. But he did not hurry to move away, for man is man's friend, and he did not like what had happened. "You heard what she said," cried Webb. "We do what she commands." He took off his hat and made a wide movement with it, touching the floor.
"Webb," said Santa, "what's wrong with you today?" "I'm acting like the queen's fool," said Webb. "What can you expect? Let me tell you. I was a man before I married a cattle queen. What am I now? Something for the cowboys to laugh at. But I'm going to be a man again." Santa looked at him. "Be reasonable, Webb," she said quietly. "There is nothing wrong. You take care of the cattle. I take care of the business. You understand the cattle. I understand the business better than you do. I learned it from my father." "I don't like kings and queens," said Webb, "unless I'm one of them myself. Alright. It's your ranch. Barber gets the cattle." Webb's horse was tied near the house. He walked into the house and brought out the supplies he took on long rides.
These he began to tie on his horse. Santa followed him. Her face had lost some of its color. Webb got on his horse. There was no expression on his face except a strange light burning in his eyes. "There are some cattle at the Hondo water-hole," he said. "They ought to be moved. Wild animals have killed three of them. I did not remember to tell Simms to do it. You tell him." Santa put a hand on the horse and looked her husband in the eye. "Are you going to leave me, Webb?" she asked quietly. "I'm going to be a man again," he answered. "I wish you success," she said, with a sudden coldness. She turned and walked into the house. Webb Yeager went to the southeast as straight as he could ride. And when he came to the place where sky and earth seem to meet, he was gone. Those at the Nopalito knew nothing more about him. Days passed, then weeks, then months. But Webb Yeager did not return.