Meantime there are signs of strain appearing in the rollercoaster relationship between the United States and North Korea. For about a year and a half now, their leaders have tried and failed to reach an agreement concerning North Korea's controversial nuclear program. America has a number of penalties in place on North Korea's economy and the communist country wants those removed first before it gets rid of its nuclear program. The U.S. wants North Korea to denuclearize first before the sanctions are lifted. So they've been butting heads there. And in recent days, U.S. President Donald Trump and North Korean leader Kim Jong-Un have traded words of warning.
PAULA HANCOCKSE: We are back in familiar territory here — a test from North Korea over the weekend and then followed by this increasing rhetoric between the North Koreans and the United States. Now on Sunday, the North Koreans announced that they had the day before carried out a very important, very successful test. They didn't specify what exactly it was. But experts looking at satellite imagery say that they believe that it was a rocket engine test. We're waiting for confirmation from Pyongyang on that. But it could be used for launching satellite launchers or ICBM's into continental ballistic missiles that potentially could hit mainland United States. That is the particular missile that Washington is most concerned with.
Now we did have a response from the U.S. President Donald Trump saying that he believed that Kim Jong-Un is too smart to throw everything away and said that he would lose everything if, in fact, he was acting in a hostile way. Also saying that acting in a hostile way could avoid the special relationship between him and Kim Jong-Un. Now we've heard a reaction as well from the North Korean side fairly quickly. This was from Kim Yong Chol, the former nuclear negotiator of North Korea, who met with President Trump just in January of this year in the Oval Office at the White House and delivered a message, a very positive message from Kim Jong-Un at the time.
But he has said that these remarks from the U.S. president are inappropriate, they are dangerous. If he continues then Kim Jong-Un may have to reassess what he thinks of the U.S. president saying North Korea has nothing more to lose. Now up until this point North Korean officials have been very careful not to slam the U.S. president. They have slammed the U.S. policy when it comes to North Korea but never President Trump himself. So certainly that is something that is changing. And also just on Saturday we heard from the North Korean Ambassador to the U.N. Kim Song saying that the denuclearization was off the table when it comes to老子有钱官网送28注册 negotiation with the U.S. and they have no need now for lengthy talks with the U.S. So clearly the relationship between the U.S. and North Korea is suffering at this point. 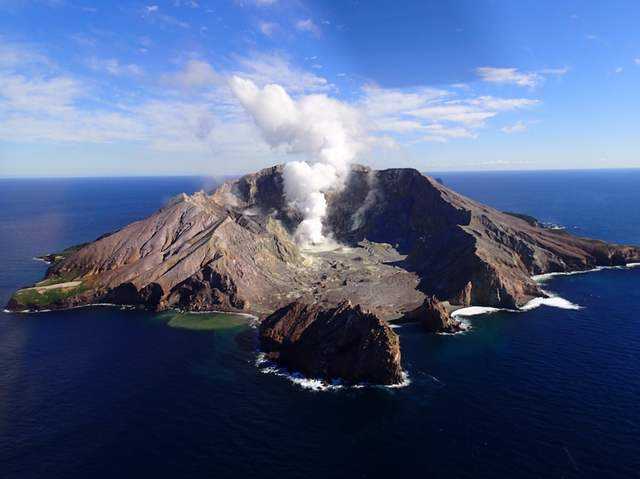 老子有钱官网送28注册Most of New Zealand's population lives on its North Island. And a little more than 30 miles from it is the Bay of Plenty, where you'll find White Island. And that's where an active volcano erupted Monday while 47 tourists were on it. Dozens of them were injured and hospitalized. At least five people were killed and eight were still missing when we produced this show. On Tuesday morning, New Zealand police said there were no signs of life on White Island but rescuers couldn't actually set foot there to search because it was so unstable. New Zealand's on the Pacific Ring of Fire, a belt of eruptions and earthquakes.